This blog is for family and friends, to share my feelings and photos with and for myself, to support my fading memory. Readers who have my site translated automatically, please refer to the original if necessary. Especially when it comes to identification. Any comments, anonymous or by email name are always welcome!.

It was late in the afternoon on January 4th when the Booby came near the harbor. I had waited for this since December, so I grabbed my gear and followed it to the bay, where it patrolled the area between Nokonoshima and Marinoa. It often came close, skirting the beach of Atagohama and diving several times right in front of me. For a while I watched its speedy, elegant flight and many spectacular nosedives. It was a marvelous end of a wonderful winter day. 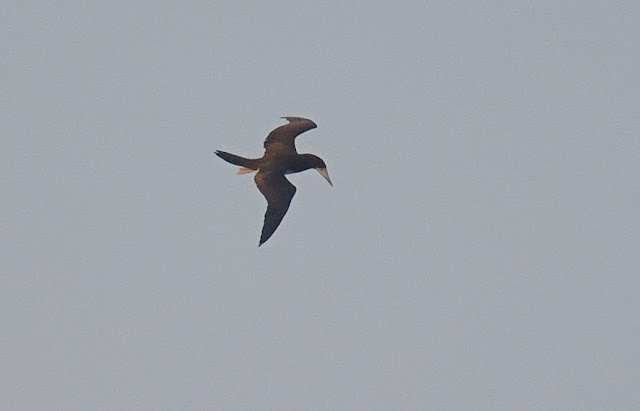 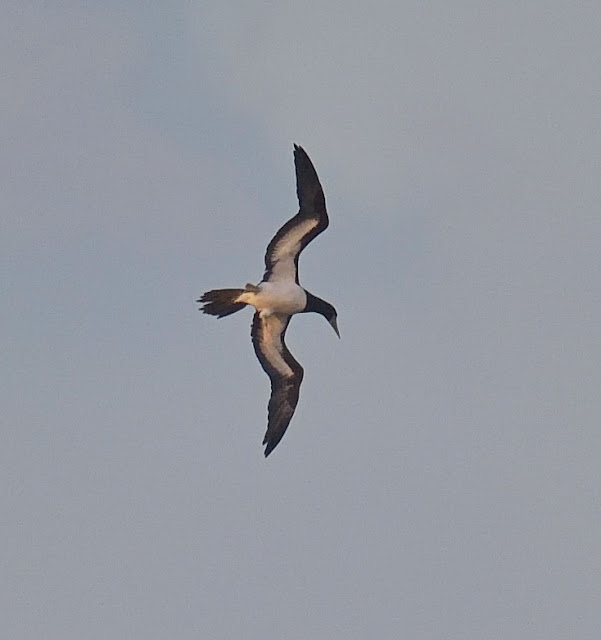 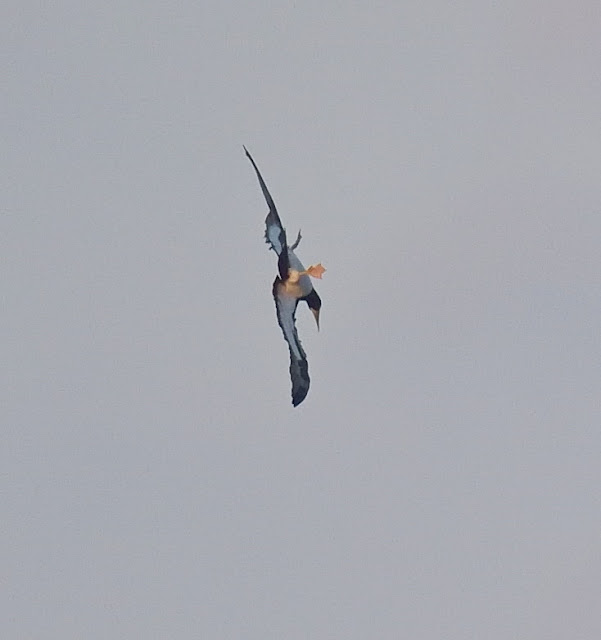 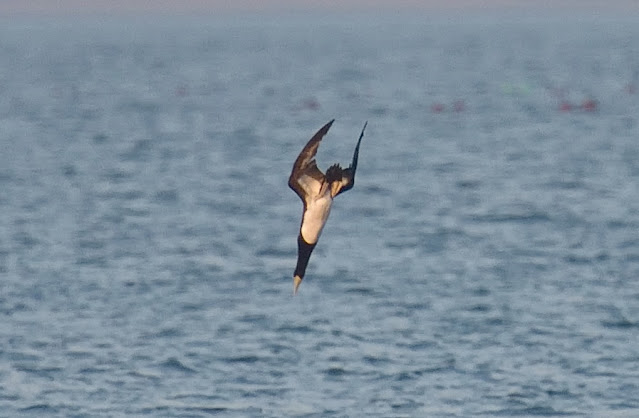 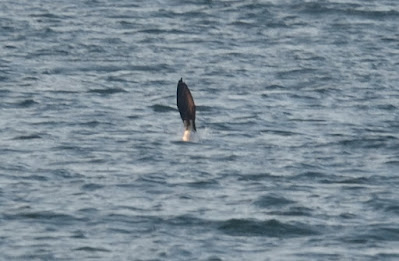 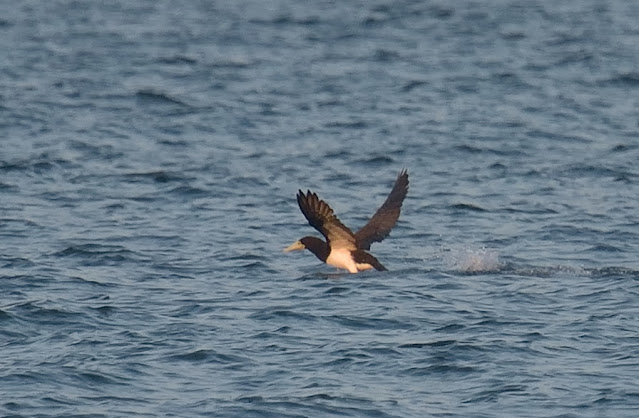 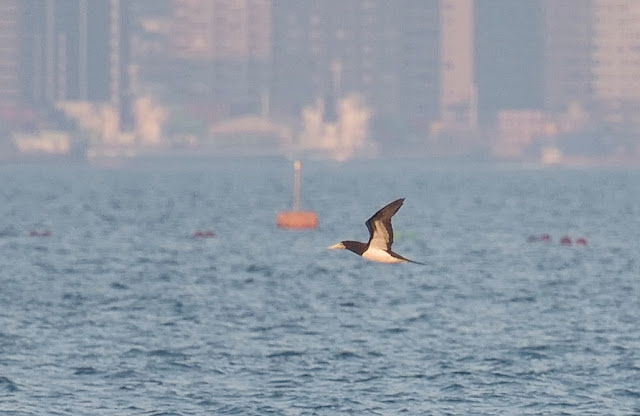 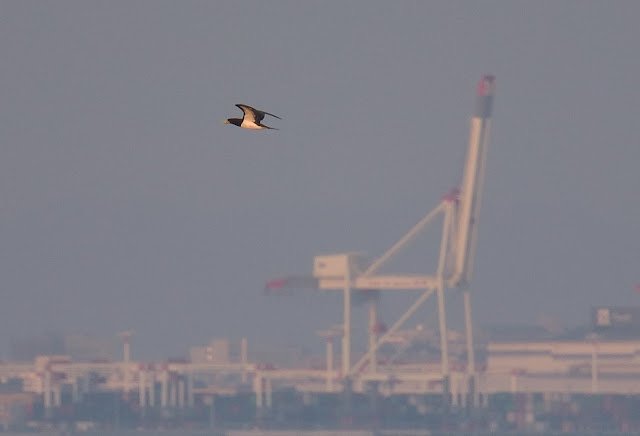 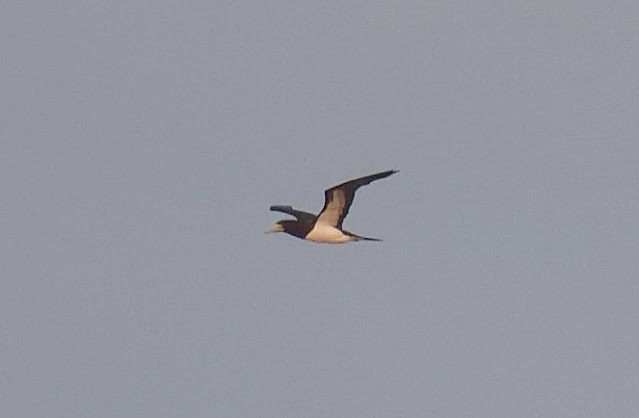 The sky was turning pink in the glow of the setting sun... 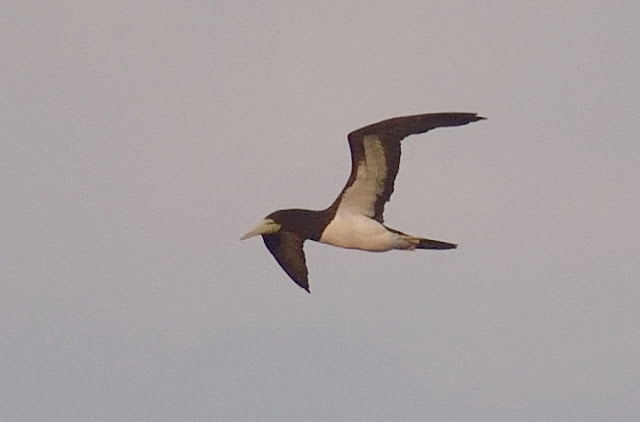 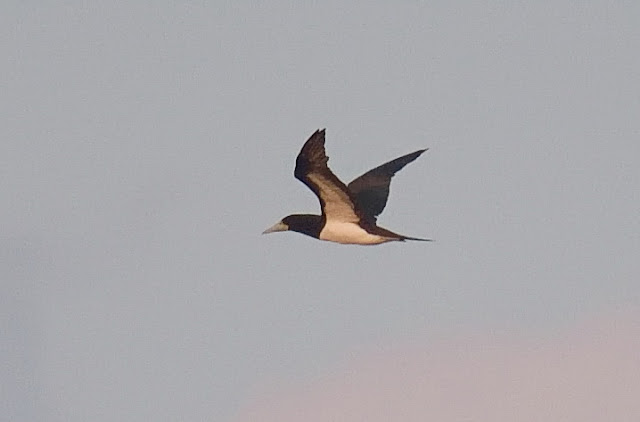 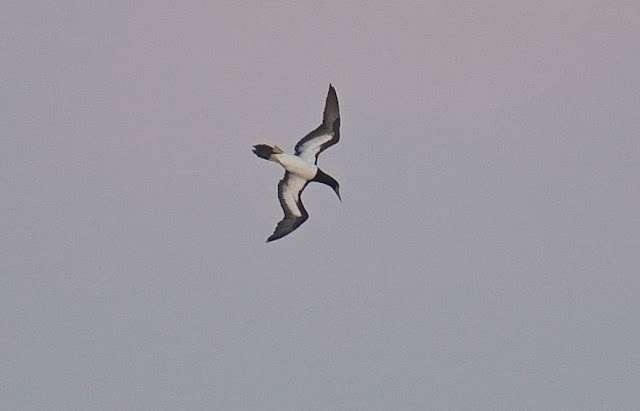 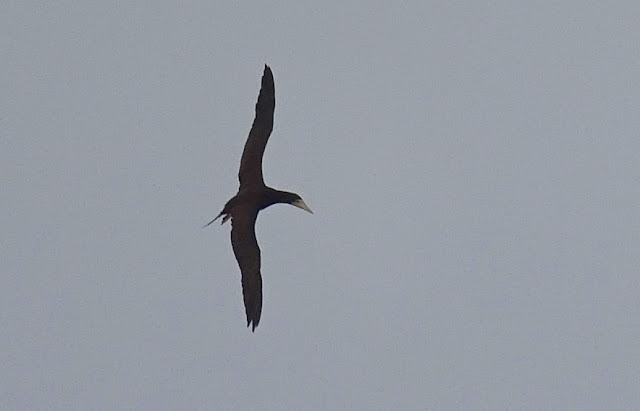 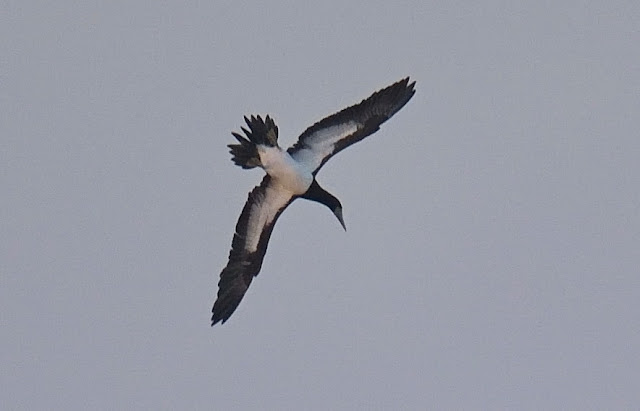 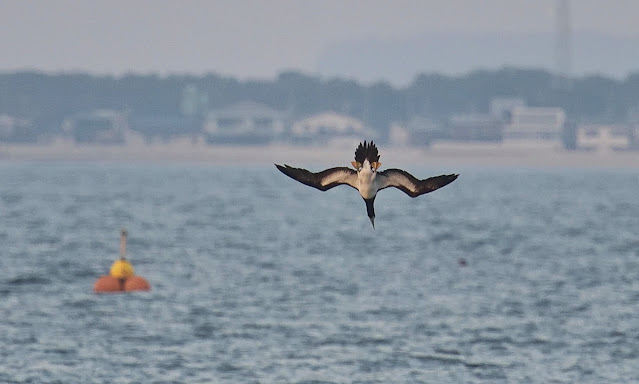 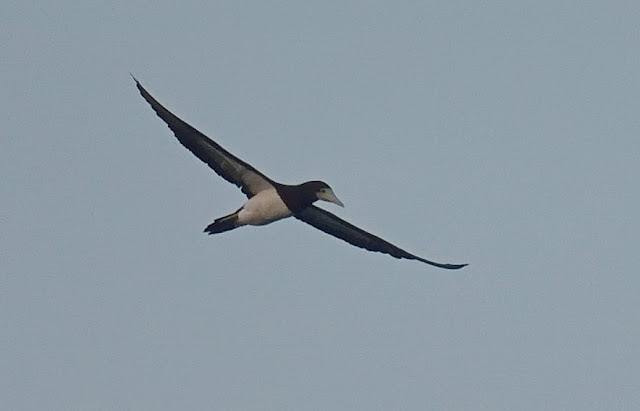 At the same time between the fishing vessels: Black-necked Grebe, ハジロカイツブリ 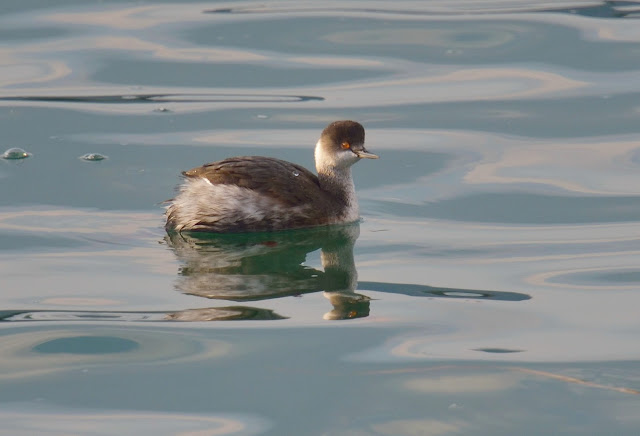