Mid August we did a tour of the Aso Kuju region, found the Blue Bees in Minami Aso as reported in a previous post - (click here) 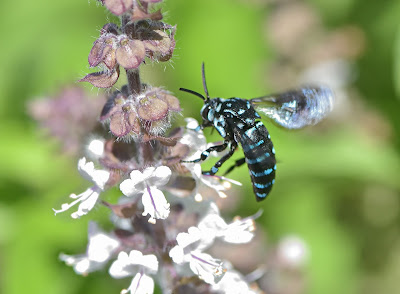 The weather was good, the sky summery blue. We frequently left the main road to try the smaller gravel roads and frequently had to back-track, but the scenery was stunning.

The midday sun was searing hot. Several cows were grazing in the fields. One had left the heard and approached us. What did she want? Just a bit of water probably/ 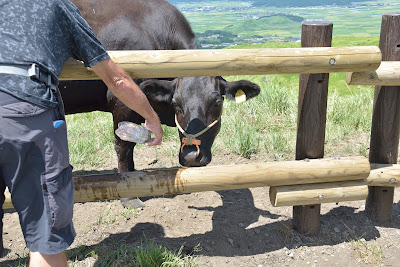 In a wooded patch we found a large group of stray cats that were looked after in a way. But their hungry cries made us think their caretaker had not been there for a while. It was around Obon after all, time to visit family. 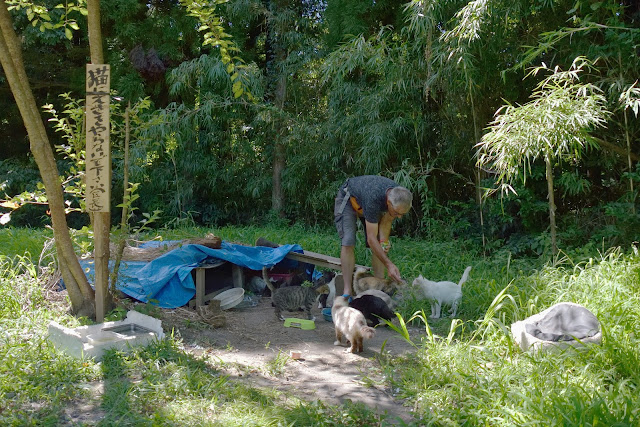 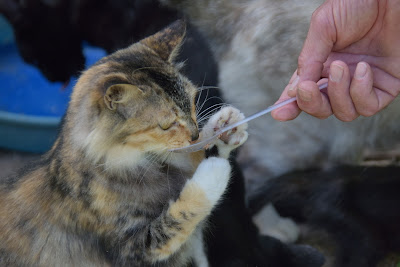 No hungry beasts this time, just a funny scene of cattle watching... 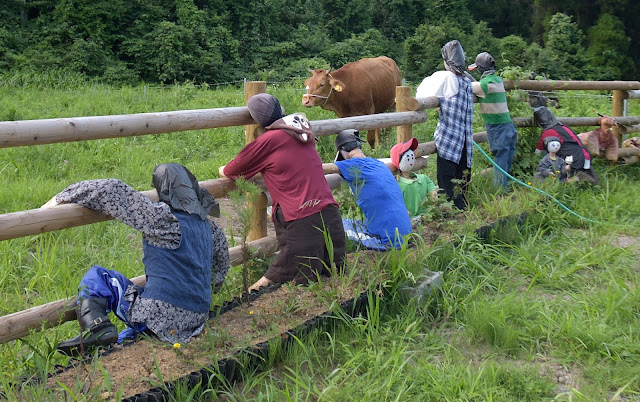 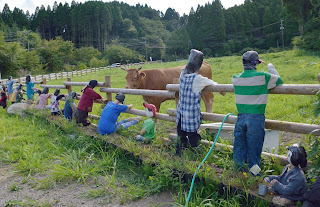 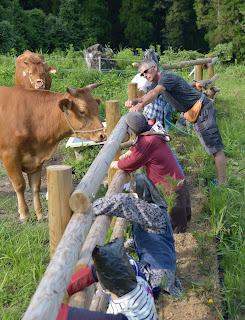 At night we camped at one of our regular spots, watched the moon and the stars... 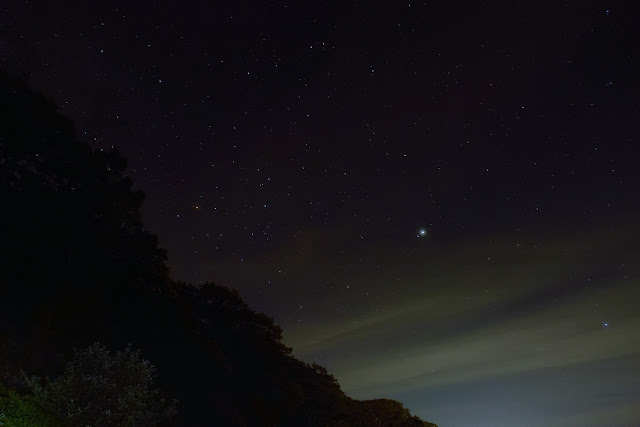 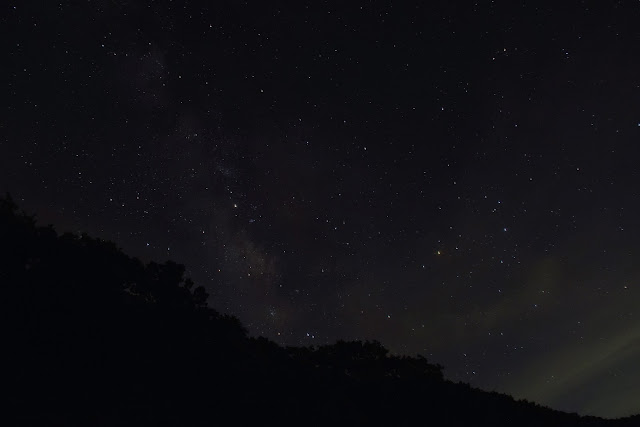 ...and woke the next day up at first daylight 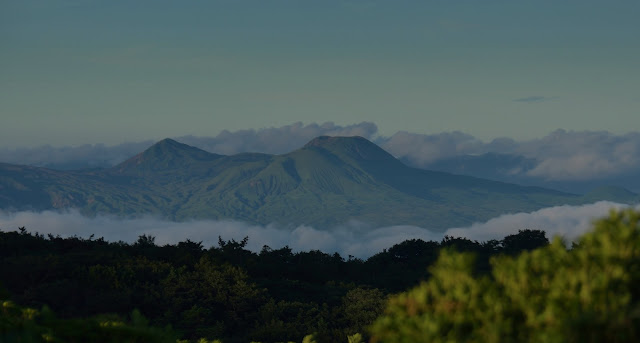