We left Alishan at 6:15 am to meet Noriko and friends, and drive to Ryumon no taki in Oita pref.
Taki means waterfall and it was a big one, after all that rain of the recent weeks. 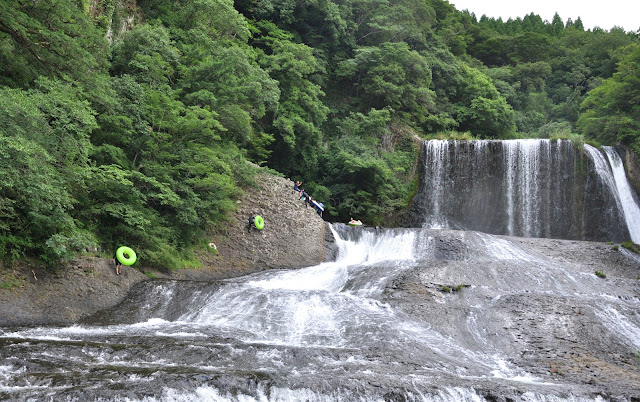 Look at the center of the photo. Left of the highest point of the waterfall is a big rock.This is where the action starts. Behind the ridge is a small basin, from where we could enter the river and let ourselves get carried down to the bottom in a mass of wild raging water. 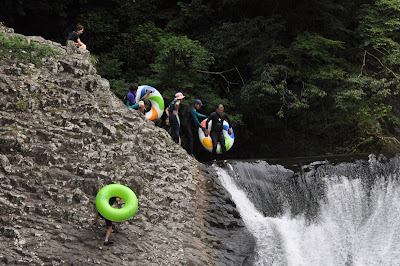 To protect our precious bums we used inflatable donuts with handles and hanging on to those was all one could do. That and... scream!!!     Here goes Noriko 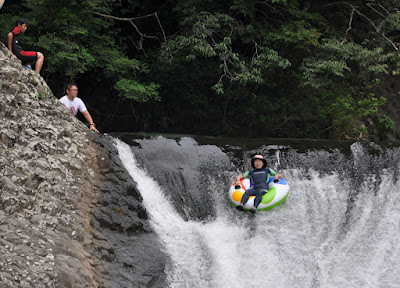 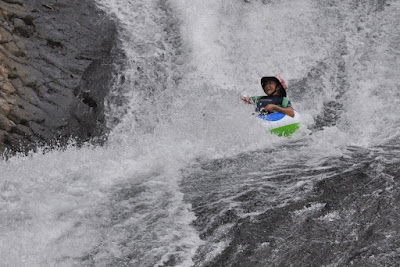 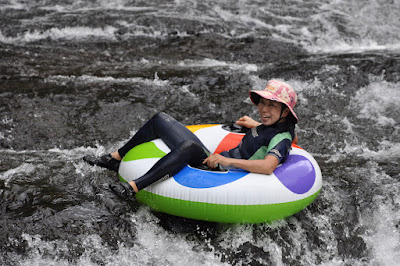 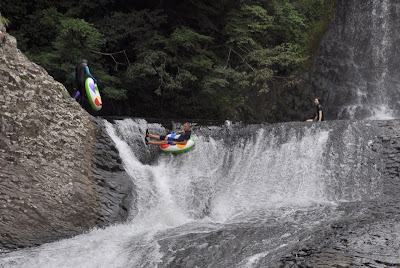 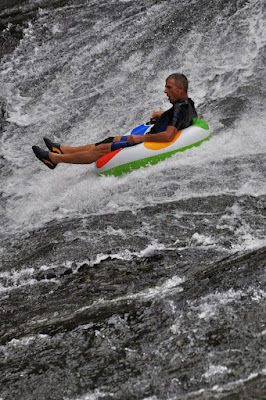 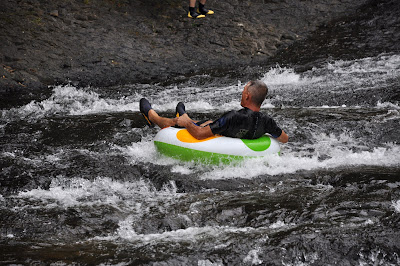 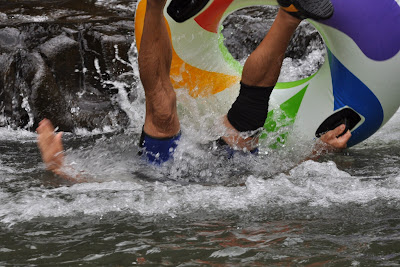 Still early in the morning we had the place almost to ourselves. Not quite though, a TV team of national NHK was there too and saw some potential excitement in us. Of course there had to be an interview (and I always hate it) but the guys were nice.  Mr. NHK: 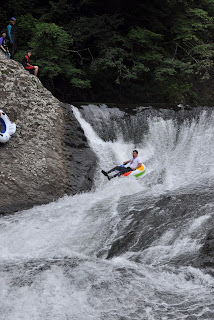 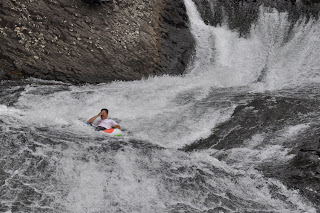 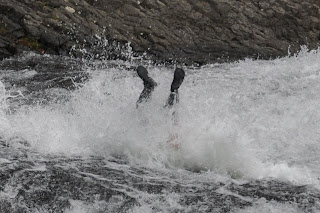 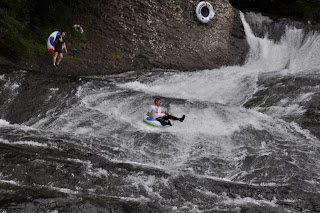 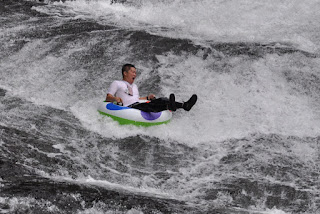 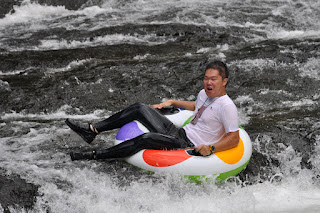 and nearly a smile

Our host, Mr Kotake, also known as Mr. Mont Blanc (because he is a top trail-runner and likes high places) 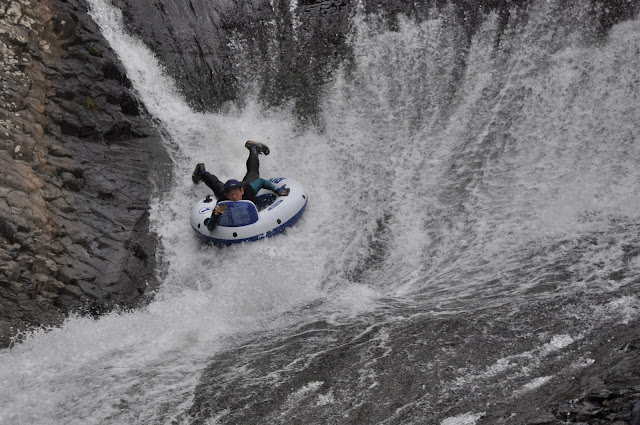 Can you see the video camera he is holding in his right hand? 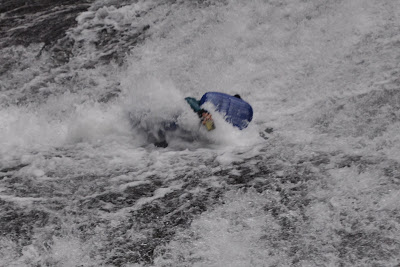 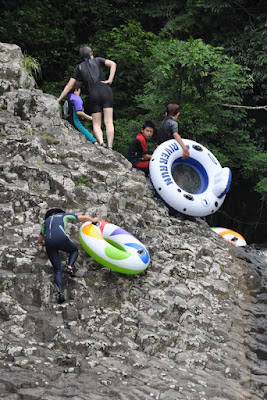 A lot of fun. Climbing that steep rock was the scary part for me. Dutch feet aren't used to mountains.


Dekita! (I did it!)
And I returned home with multiple bruises. Oops, rocks are solid! 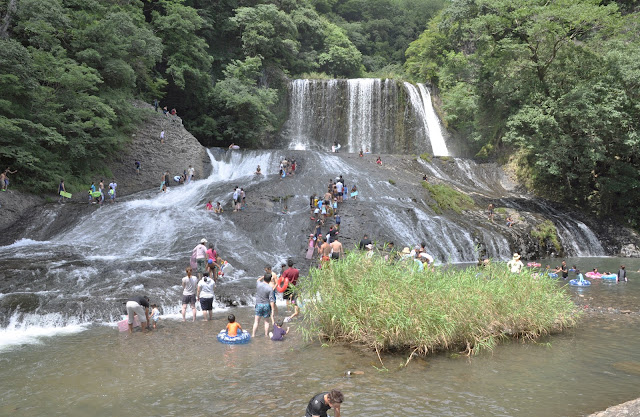 Later in the day, when day-trippers and holiday makers had woken up, it became too risky. Although no children climbed the rock, they crowded the less steep parts below and our people on the water slide could not always avoid bumping into them. 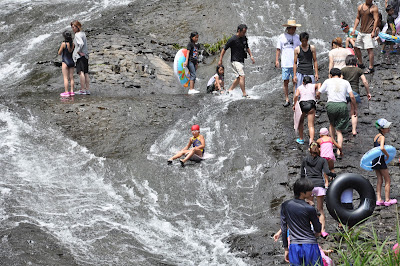 We were ready for a break anyway, so we dove into the hot waters of the natural spa around the corner.
What a day! 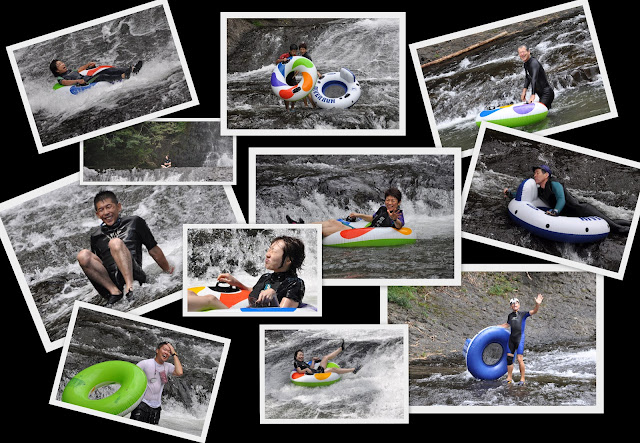