At the monthly meeting in Imazu 30-something people attended and 63 kinds of birds were seen. Better than average. The weather was cloudy, not good for color in my pictures, but good for many sightings.  Just a few images:


I started early with this Peregrine Falcon, ハヤブサ 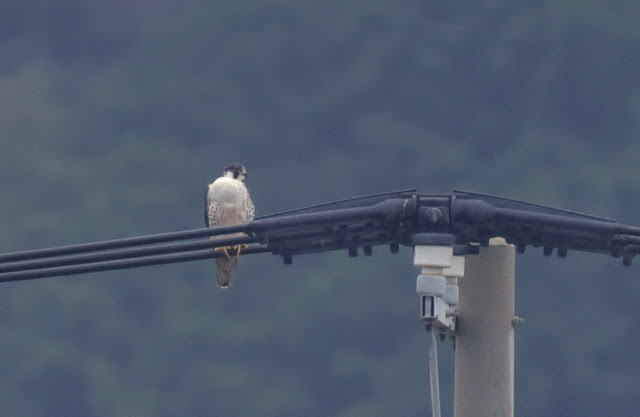 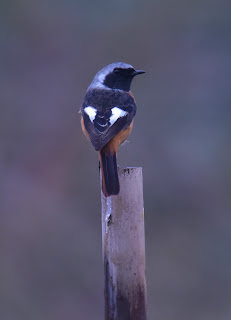 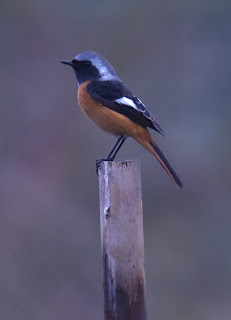 In the reeds we heard voices of several small birds, warblers, buntings etc Out came a Black-faced Bunting, アオジ, a first for some new members 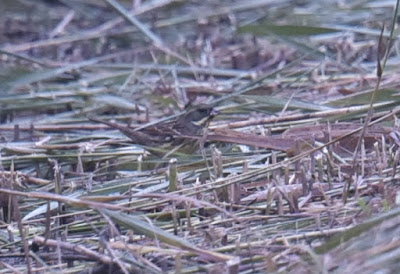 While watching the interaction between this Black Kite, トビ and Common Magpie, カササギ a Hen Harrier flew by. I was too late for a shot 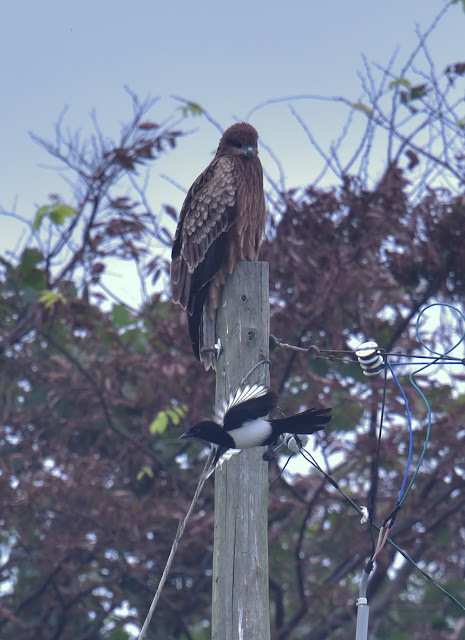 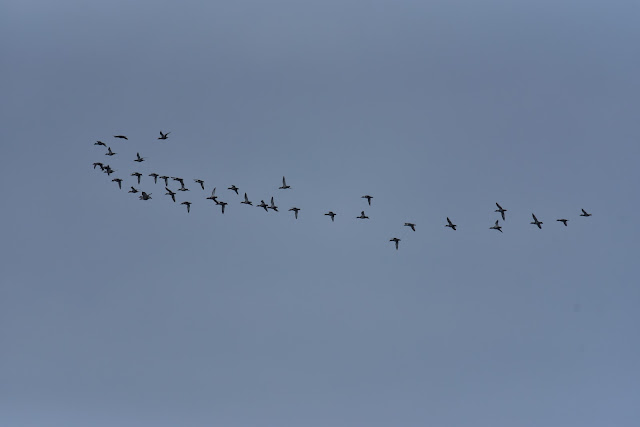 Not a very clear picture, but these are both Grey Plovers, ダイゼン Common birds really, but we don't see them often here at the mudflats. 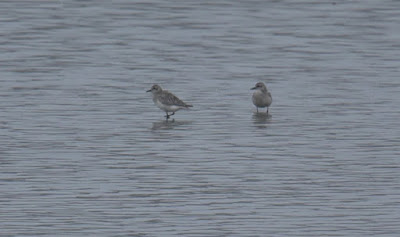 My second Peregrine Falcon, ハヤブサ of the day. A juvenile female? 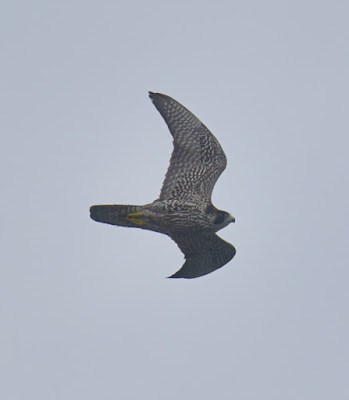 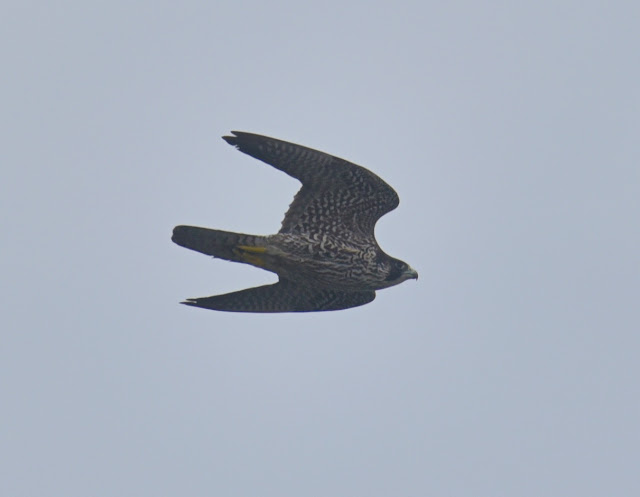 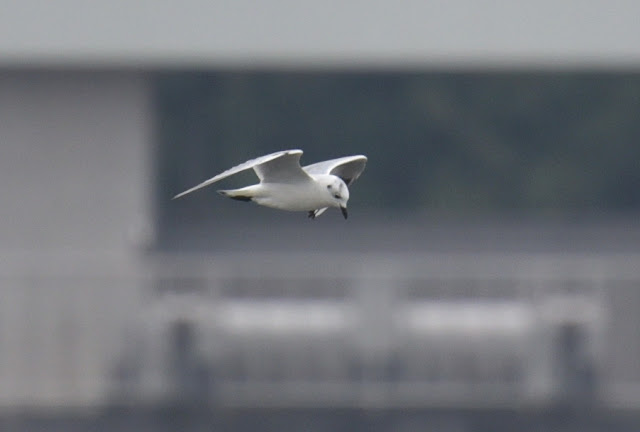 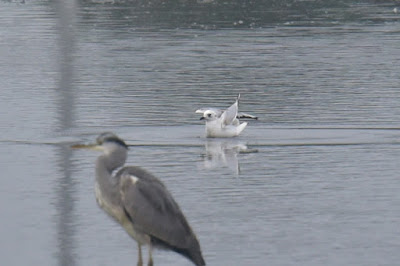 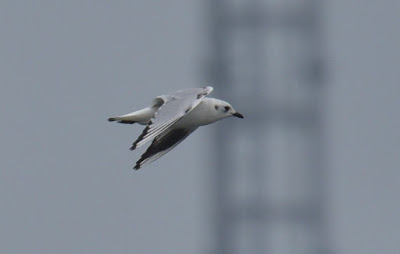 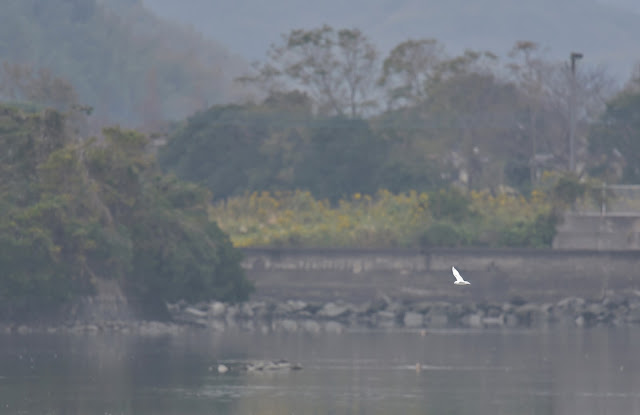 The flock of Dunlins, ハマシギ is getting bigger week by week 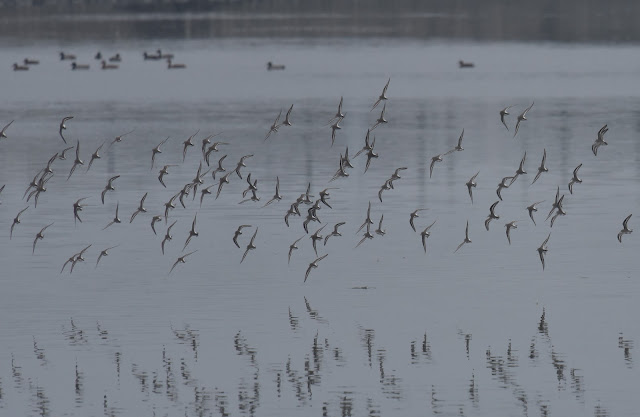 Number 3 Peregrine Falcon, ハヤブサ  I think a male, called a Tiercel
(I still have no confidence when it comes to raptors) 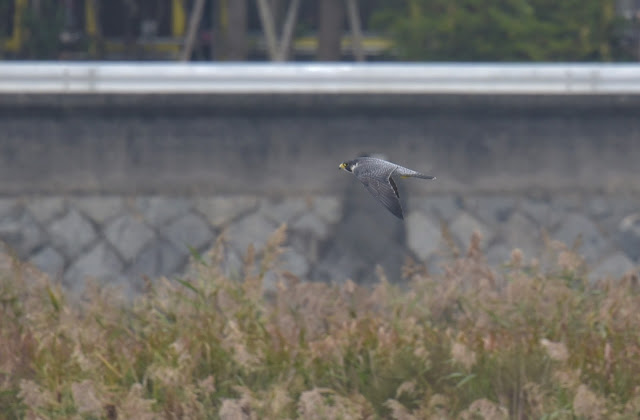 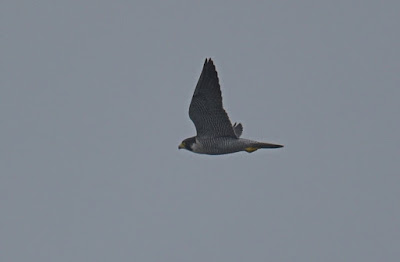 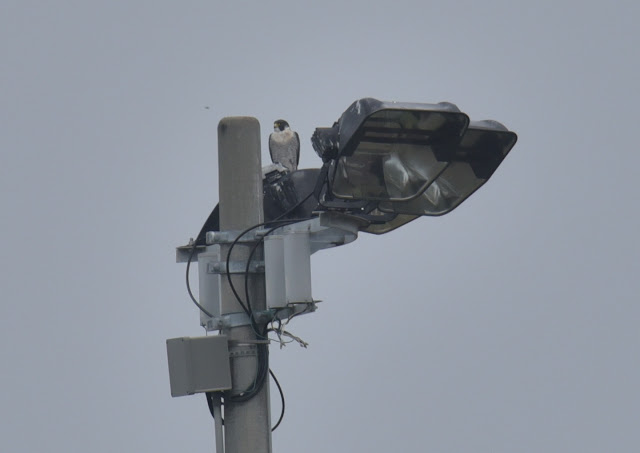 It's easier with the Daurian Redstarts, ジョウビタキ. A female this time 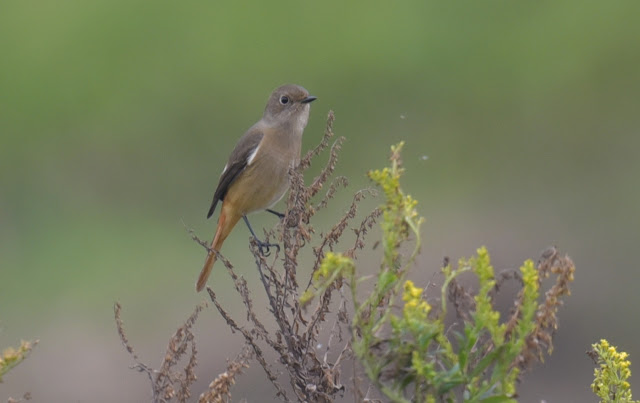 At the other side of the river I got a better look at the Grey Plovers, ダイゼン 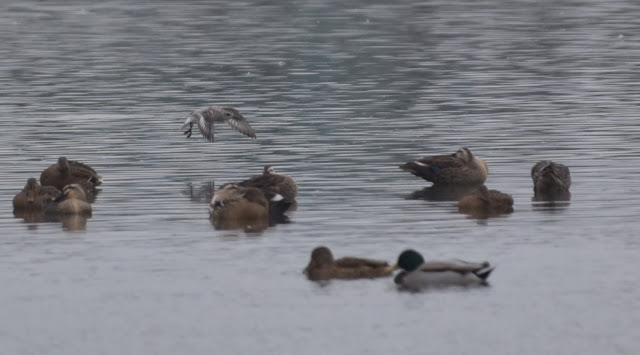 Below between the sleeping spoonbills and the ducks, the 2 plovers and a Bar-tailed Godwit, オオソリハシシギ 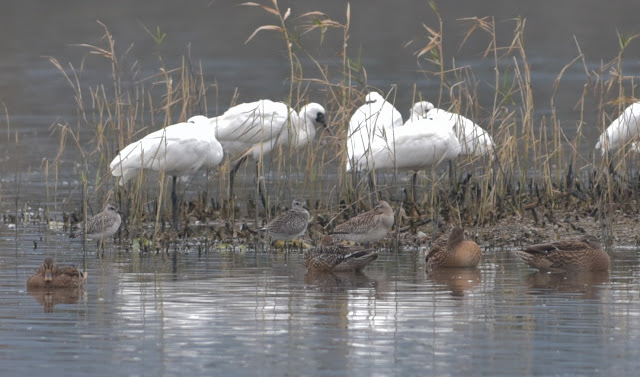 The Bar-tailed Godwit, オオソリハシシギ in action 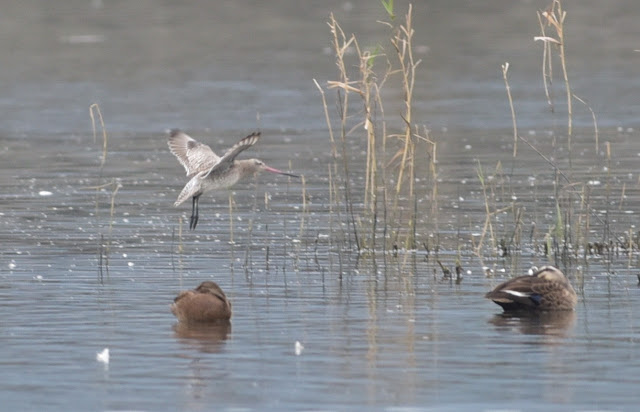