After a long time cruising the fields again for a few hours in between jobs. The weather was rainy at times with short periods of sun. It was the middle of the day and I didn't expect that much, not being able to hang around and wait. But I got lucky:

At the first field I checked: A young Far Eastern Curlew, ホウロクシギ 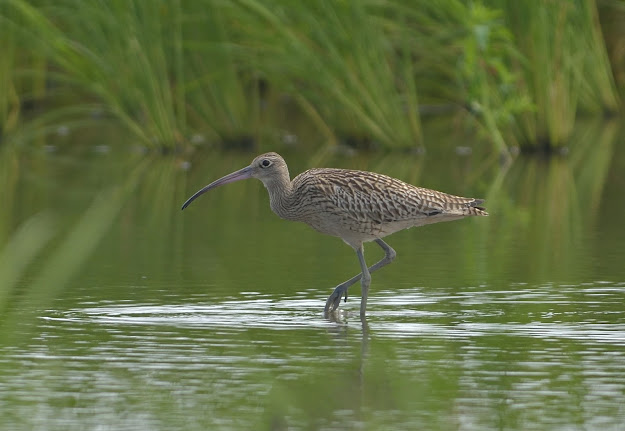 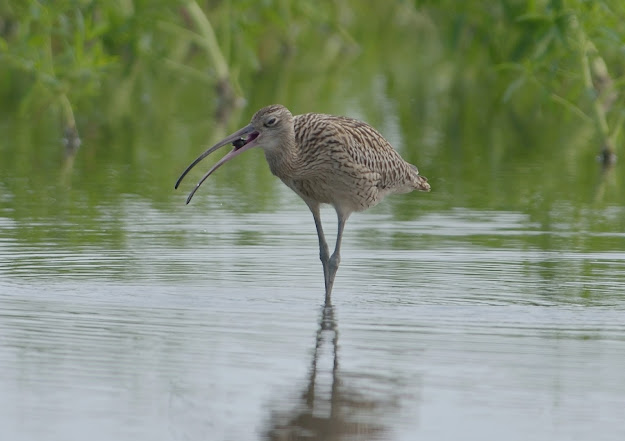 No stints other then this one: オジロトウネン, Temminck's Stint. ヒバリシギ, Long-toed Stint. The bird to the left seems to be a コアオアシシギ, Marsh Sandpiper in between summer and winter dress 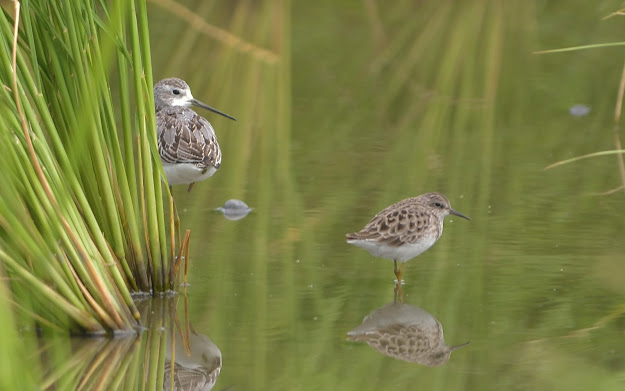 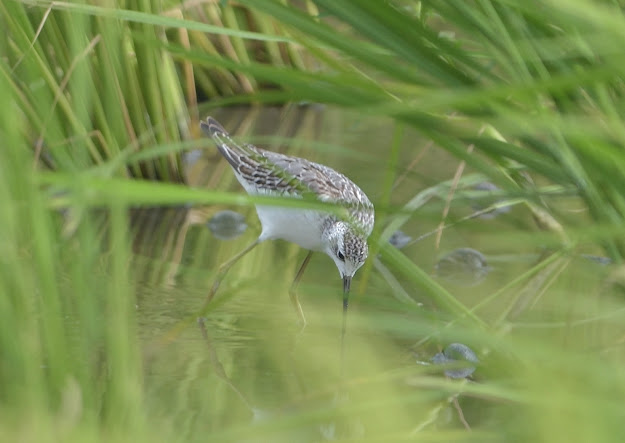 Every now and then some タカブシギ, Wood Sandpiper showed up. I could hear some more behind the rows of rice plants 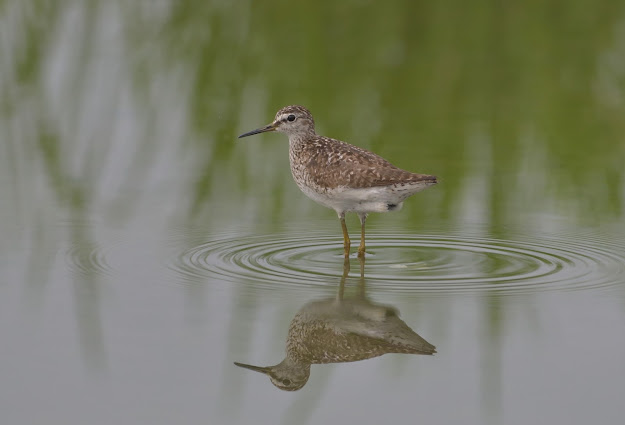 Swinhoe's Snipe ? In this location I would expect a Common Snipe, but the bill and the line between eye and bill tell me different. However, it is a Common Snipe, タシギ apparently. 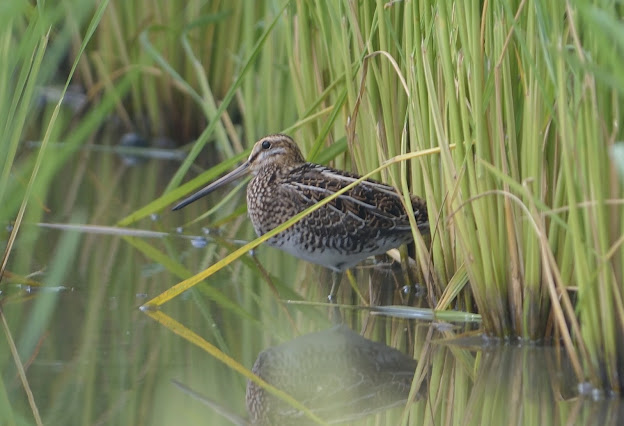 In another field  ツバメチドリ, Oriental Pratincole 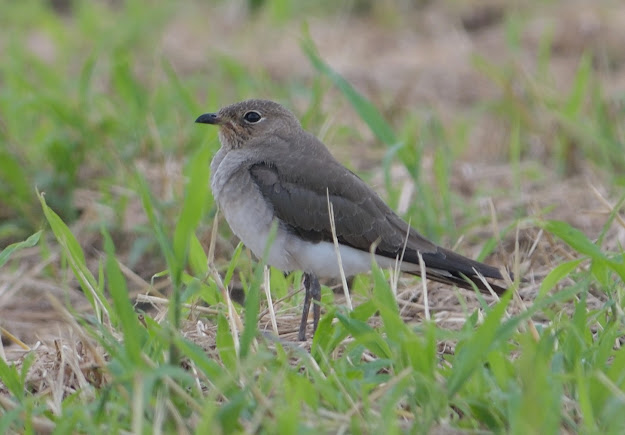 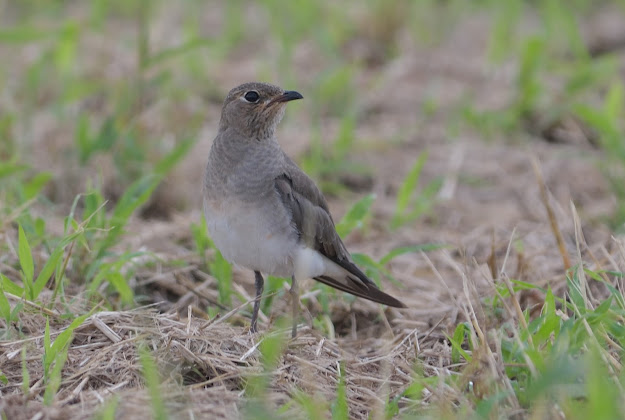 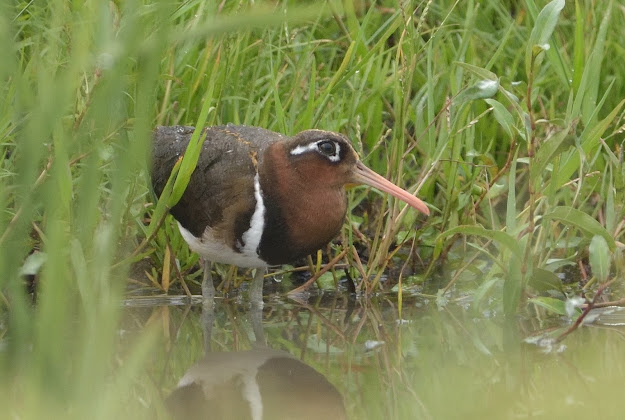 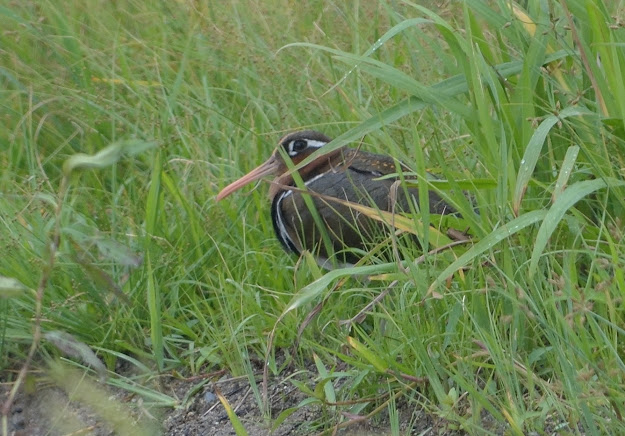 Male セイタカシギ, Black-winged Stilt and behind it an over sea's cousin:
オーストラリアセイタカシギ, White-headed Stilt 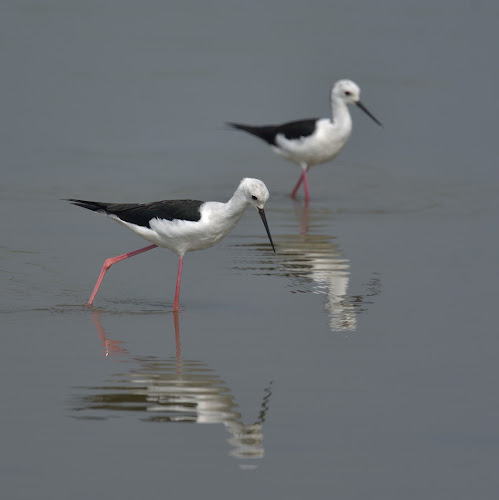 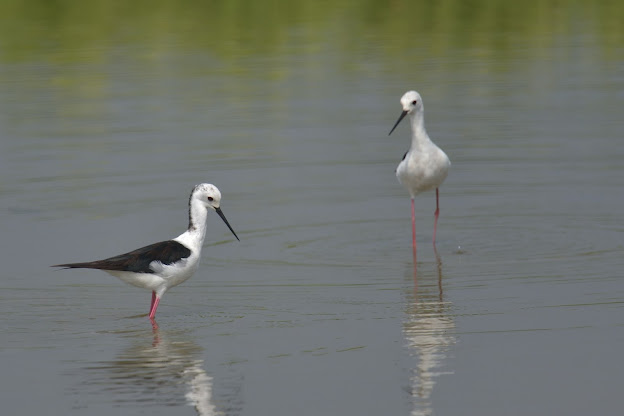 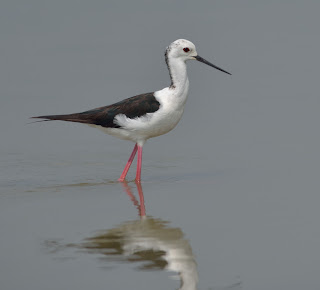 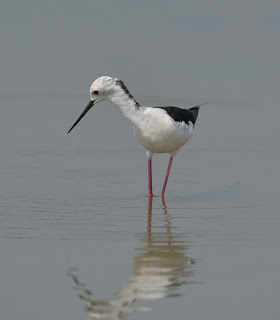 At the mudflats the tide was coming in. As other years in September a lot of Grey Herons, アオサギ were gathered. At the tiny bit of mostly submerged island 3 Curlews, ホウロクシギ, Far Eastern Curlew. However the one in the center seems lighter. It could be ダイシャクシギ, Eurasian Curlew

An Osprey, ミサゴ drying its wings 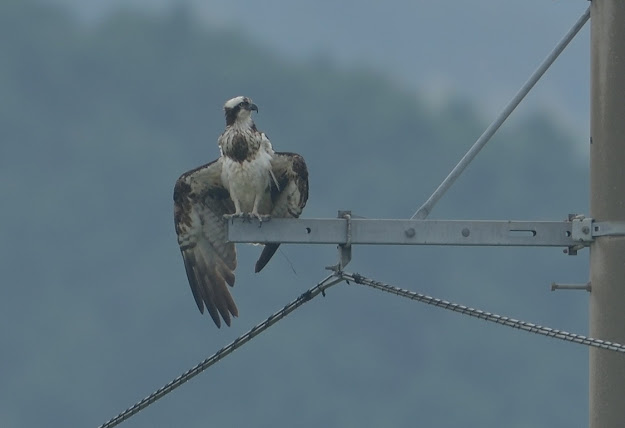 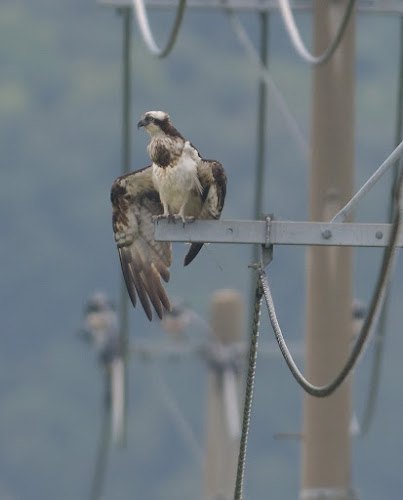 Last the 2 Hooded Cranes, ナベヅル at their usual spot. Are they going to be our residents now?
💕 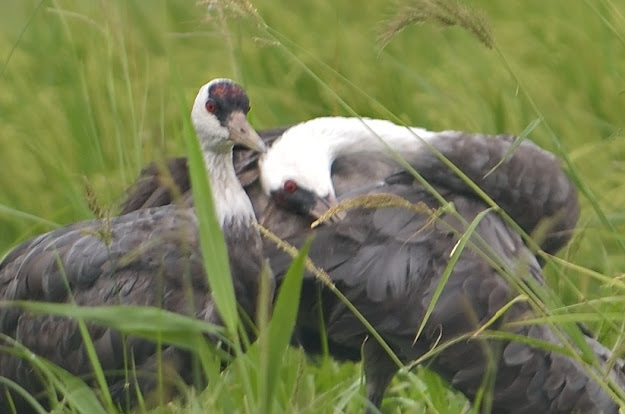 I admire the couple for staying together. The one with the handicap likes to stretch its wings often. When some egrets came too close it jumped up and flew a bit. 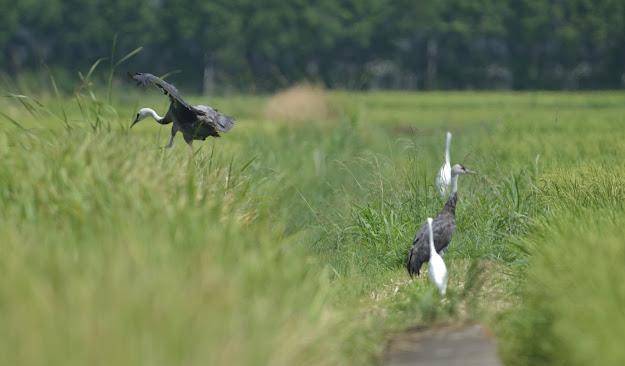